Character Study by the Stereotypical Librarian

Please put this book on your list to listen to (we have it on CD) “Talking to Strangers” by Malcolm Gladwell.  Gladwell demonstrates by giving examples from news events, hearing the voices of the folks involved to show why humans are not very good at being able to tell when someone is lying especially when dealing with strangers.  In one of his examples even trained professionals in the CIA couldn’t tell when someone is not who they say they are.  The double agent can be very successful because we as human beings want to believe people are telling the truth.  Remember Amanda Knox the college student who served time in an Italian prison, I read her memoir “Waiting to be heard” and still thought maybe she was guilty of murder but Gladwell explains in his book how an innocent college student was convicted of a crime she didn’t commit.  I would take Gladwell’s theories one step farther and say even people we think we know well, could be deceiving us because we so want to believe we are good judges of character.  “Talking to Strangers” is a thought provoking listening experience on CD.

Speaking of character, sometimes a person’s opinion of you can determine how others judge your character.  A book that demonstrates this is a novel by Thomas Keneally titled “A River Town”.  The story is based on real events in the life of Keneally’s grandfather and takes place in Australia.  Tim Shea runs a General Store and is a loving husband and father.  When Mr. Ernie Malcolm a man of influence in the community builds Tim Shea up into a hero for saving a drowning child, the way people in the community treat Tim changes and he finds himself admired in ways he isn’t entirely comfortable with.  Tim’s character never changes but the way folks see him does and when Mr. Malcolm can’t use Tim’s new status in the community to manipulate Tim to do as Mr. Malcolm wishes he tries to destroy Tim’s reputation.  It is an interesting look at how fame, fortune, hero worship, other people’s opinions can really mess up your life but what matters in the end is your character.  Thomas Keneally is a great storyteller and this is a fun read about his own family history.

Emily St. John Mandel is a great storyteller too.  I just read “Station Eleven” by her a novel published in 2014 about a rapid virus that leads to the collapse of civilization.  She weaves so many threads about interesting characters centered on a nomadic group of actors and musicians who tour the Great Lakes region.  It is also about a Science Fiction graphic novel artist who marries a famous Hollywood actor.  The actor who has achieved everything he ever wanted but still isn’t happy because he has problems holding on to his relationships with family.  Twenty years after the virus walking is the means of transportation, there is no electricity, no technology, and yet it is a hopeful book because the people are still living and finding joy as all their diverse stories meld together to form a truly beautiful book.

If “Station Eleven” seems to you a little too close to reality for your comfort perhaps you could try Mandel’s newest book “The Glass Hotel”.  The author Emily St. John Mandel explains her new novel this way, “There are so many ways to haunt a person or a life.”  “I see that as almost the entire thesis of the book.” “Everybody in every section is haunted in some way by memory or by actual ghosts.  I’ve always loved ghost stories.  “To my eye,” Mandel says, “The Glass Hotel” is a more interesting novel than “Station Eleven” because it is weirder”. 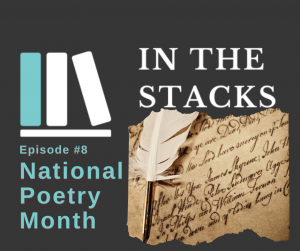 Teen Writers is the youth creative writing program for the teen group (ages 12-14) and meets on Thursdays from 3:45-5:00 p.m.  The focus for the youth writing group is to learn about writing stories and…
View Calendar