Young adult author and activist Jason Reynolds has served us two incredible works this spring. As the recently named National Ambassador for Young People’s Literature by the Library of Congress, Reynolds is the author of several middle-grade and young adult novels and books of poetry, including “All-American Boys”, the “Track” series, “Long-Way Down”, and “Look Both Ways: A Tale Told in Ten Blocks”.

Reynolds’ most recent work is a collaboration with Ibram X. Kendi entitled “Stamped: Racism, Antiracism, and You”. This remix of Kendi’s 2016 National Book Award winner, “Stamped From the Beginning: The Definitive History of Racist Ideas in America”, is directed towards a younger audience. Though Reynolds opens the book with, “This is not a history book,” “Stamped” recounts the history of black persecution and the systematic perpetuation of racism from its roots in European royalty in the 1400s all the way through the rise of Black Lives Matter in 2013 and into the current decade. Reynolds presents with compelling evidence that racist ideas have been woven into this country since before its inception, and that the first step in breaking down these ideas is recognizing and acknowledging their presence in our past. His voice is honest and conversational, and he makes this difficult topic accessible to a younger audience in a way that does not placate them, but acknowledges their inherent ability to understand and critically analyze history. He clearly demonstrates that racism is systematic and nuanced – that there are no easy answers, that people aren’t all good or all bad, and that it’s not just direct actions and laws that hold up these systems, but attitudes and biases as well. I especially appreciated his acknowledgement of the importance of intersectionality when considering racism. Near the end of the book, he says, “…In order to be truly antiracist, we must also oppose all the sexism, homophobia, colorism, ethnocentrism, nativism, cultural prejudice, and class bias teeming and teaming with racism to harm so many Black lives.” The book ultimately lands on a hopeful note, emphasizing that dismantling racism essentially comes down to love, taking potential and turning it into power.

In April, Reynolds also began his “Write. Right. Rite.” video series as part of his “Grab the Mic: Tell Your Story” platform through the Library of Congress. This fresh and entertaining series of writing prompts is, in Reynolds’ words, all about learning the ritual of authentic – not correct or exact – expression through words. Each weekly video gives a short, mildly directed prompt and lets the listener take the reins. These challenges have ranged from creating a fictional tattoo to writing the first line of a story to telling the story of a new invention entirely in dialogue. Reynolds’ passion for creativity and imagination is evident in the enthusiasm he expresses in these videos and his grasp on the connective power of writing is something we could all use during these strange times.

If you are interested in reading Reynold’s books or any other items, call the library at 538-5212 to make an appointment at our Take-Out window. 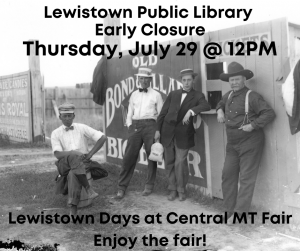