Jumping Off the Page By KellyAnne Terry 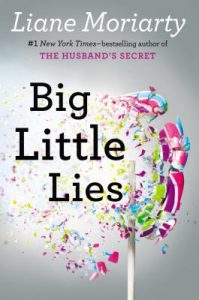 This past weekend I did a little research on the various shows, movies, and actors nominated for the Golden Globes.  After seeing the winners Sunday night, I was struck by the fact that the top winning shows were reimagined from books.  This is really trending right now.  I would even venture to say that now more than ever we are seeing movies, TV series, podcasts, and other forms of media being created from literature.  This has always been a part of our culture – the crossing of media lines.  Radio stations announced chapters of books on the airwaves, newspapers serialized essays across the country, cartoons and comics were created from children’s literature, and film has brought many beloved classics to generations of audiences.

The entertainment industry enjoys marketing crossing media lines.  Books will have that golden circle on it announcing, “Soon to be a Major Motion Picture,” and movie credits say, “Based on the Novel by.” At the library, we order more copies of a certain book when the movie hits theaters –  examples include Wonder by R.J. Palacio, Gone Girl by Gillian Flynn, the Twilight series by Stephanie Myers, and The Help by Kathryn Stockett.

Recently we have seen a lot of activity around The Handmaid’s Tale by Margaret Atwood.  The book checks out a lot and many articles and reviews are revisiting it – mostly because of the new TV series on Hulu. It won the Best TV Series in the Drama category at the Golden Globes on Sunday, after sweeping the Emmys a few months ago.  A second season is in the works, with Margaret Atwood helping on writing since season one ended just where the book did.  Now we will see what does happen to Offred after all.  This goes to show that when a plot and characters jump off a page into real life, the effect can be riveting enough to set the two imaginings entirely separate from one another.  A very strong example of this is Margaret Mitchell’s Gone with the Wind.  There is distinctly “the movie” and “the book,” which show enough differences as to be seen independent from one another. (Two examples, Scarlett had more children in the book and the classic Rhett Butler line at the end is not the same from movie to book.)

There are two other television series made from books that I would like to note.  First is Big Little Lies based on the novel of the same name by Liane Moriarty and the other is Anne with an E based on the novels of L.M. Montgomery regarding Anne of Green Gables.  The library of course has these books at the library, and though many have read the Anne books, one will find that Big Little Lies, and the other stand-alone novels of Liane Moriarty, are exceptional. The library doesn’t yet have the television series as they are so new, but we have both audio and print versions of these stories.

The list of books made into movies or television over the years is extensive.  And what the library offers in both these areas – media and print – is also extensive.  Yet old or new, now is the time to read or reread these books, because whether in your imagination or on your screen, these stories continue to delight and jump off the page.