A Series of Events by KellyAnne Terry 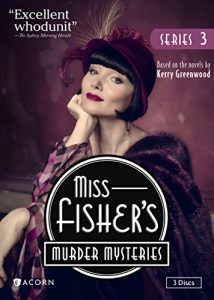 Last week Youth Librarian Dani Buehler gave us a holiday rendition of the series she offers in youth. And to build on her Serieslandia column, I am here to tell you that books in series live everywhere in the library.  In today’s world of publishing, authors are encouraged to write their ideas as series, making a cohesive set of characters to become attached to. Several years ago, when author Craig Johnson visited as the guest of our Annual Author Dinner, he shared that his publisher told him to write the Longmire mystery books as a series because they could market it better. To date there are thirteen books about Sheriff Walt Longmire, and six television seasons based on the character.

Books even try to hide as non-series even though they obviously are – take Bill O’Reilly’s Killing series.  Whether it is Killing Kennedy or Killing England, it is not ending well for somebody.  Also, some authors refer to characters from previous novels written, which of course sucks us in because we want to know what happened to these people!  I am referring to the Simone St. James ghostly mysteries that usually have different protagonists, but a love interest or minor character is someone we have already met in her earlier books.  Tricky.

I am here to confess that I am as dependent on “the next one in the series” as any reader out there.  I try not to think I am too clingy, but come on Ellie Griffiths! Can’t you write the Ruth Galloway mysteries faster? I know you are also writing the Magic Men series about magicians solving crimes, but what’s a girl to do in between Ruth solving mysteries and revealing her complicated love life? I know, I should move on to another series, but which one?  I do enjoy the Lady Darby mystery series by Anna Lee Huber, or the Lady Emily suspense novels by Tasha Alexander, and I could always reread those Simone St. James ghost stories mentioned earlier (even though she denies the machinations of a series.) But perhaps this time I will move on to one of the lavish television series we have here at the library, namely Miss Fisher’s Murder Mysteries (takes place in 1920’s Australia) or Mrs. Bradley’s Mysteries (she solves crime with her chauffeur!).

Regardless of what the next series love affair may be, you can be sure and find them at the Library – just ask any librarian, we know where they all like to hide, and can help you find the next one in your library loving Serieslandia.