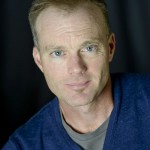 Mark your calendar for Wed., May 20 for the 5th Annual Author Dinner fund raiser. Montana author Malcolm Brooks will be our guest speaker. Brooks’ debut novel, “Painted Horses,” has received starred reviews and was awarded the Fall 2014 Barnes and Noble Discover Great New Writers selection, the 2014 National Reading Group Month Selection and is #22 on Amazon’s 100 Best Books of 2014.

Malcolm Brooks was raised in the foothills of the California Sierras, where Gold Rush and Native American artifacts still abound.  A carpenter by trade, he has lived in Montana for 20 years.  His writing has appeared in Gray’s sporting Journal, Outside, Sports Afield and Montana Quarterly, among others.

This fun evening will feature a catered dinner, a silent auction and time to visit and listen to Malcolm Brooks. Tickets go on sale the first week of April. This event is sponsored by the Friends of the Library.