“Before William Culver settled down to his professional career as a photographer, he caroused the west, hunting, trapping and trading with the Indians. …” (“Lewistown News-Argus,” Sept. 14, 1980).

“At one time Culver had a traveling studio constructed on a buggy.  A specially constructed box mounted on the buggy served as his dark room when he was on the road…” (“Lewistown News-Argus,” June 25, 1967).

He opened his first photography studio in 1883 in Maiden, M.T. In 1884, Culver also established a studio in Utica where he spent a few days each month. In Utica he photographed the Judith Roundup and the opening of the English Sapphire mine.

In 1899, “W. H. Culver is preparing to erect a new photograph gallery on his 5th Ave. property. The main building will be 20 by 50, two stories while an ell [an “ell” is a wing of a building that lies perpendicular to the length of the main portion], affording skylight for the gallery, will be but one story. The second floor will be for rent.” (“Fergus County Argus,” August 23, 1899).

The new photograph gallery was completed and “during the winter of 1899-1900, the upper story served as a classroom for Lewistown’s first high school and the Culver family moved in, in the spring.” (“Lewistown News-Argus,” Sept. 14, 1980).

In 1910, Mr. Culver built a five-room apartment upstairs on the west side of the Culver Opera House and he moved his family in and they lived there until 1917.  During this time the Coulter Studio, with Catherine N. Coulter as proprietor and Herbert Titter as manager, had their photography business in the Culver Studio.

William Culver also started the first band in Maiden (Maiden Concert Band) in 1885. “He organized, directed and played the cornet in the first Lewistown band. When Lewistown was incorporated in 1899, he was elected to the City Council.” (“Montana Historical and Architectural Inventory” Sievert). 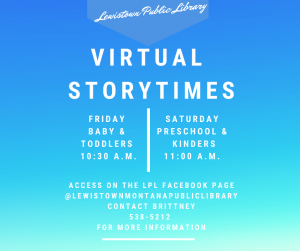