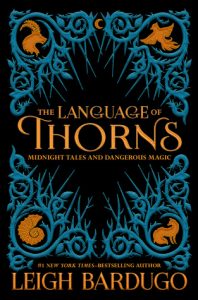 Anyone who knows me, knows that I am rarely short on words. I am one of those folks who could probably ramble on and on into perpetuity about pretty much anything. College papers were a breeze for this exact reason. Ten pages discussing Ancient Egyptian religion and mythology, no problem. Another ten pages discussing the cultural and historical intersections between Shakespeare’s “Hamlet” and Ibsen’s “A Doll’s House”, I will have it to you tomorrow. The more pages the better, fifteen pages…great, twenty pages…even better. But sometimes, I would have a very clever professor ask for a well-developed argument in a mere three or five pages. What?!? How could anyone ever express the vast nuances and multiple viewpoints needed for any well-crafted document in so few words? Turns out (in my humble opinion), some of the greatest masters of the English language. It all lies in the power of a few good words.

Certain authors are great wordy authors, they write so beautifully that we hang on to their every word for 900 pages and still relish the next twelve books of their canon, can I get a shout out for all my Thoreau fans out there. But for me, Fitzgerald can rock my very core with 150 pages of emotionally packed and scantly given verbiage. It is for this reason, that some of the best works of literature that I have ever read are short stories. Hauntingly empty, a great short story gives you everything you need and leaves you asking the questions you never knew to ask.

I recently ran into another short story gem. The author Leigh Bardugo created the fantastical world known to her flock as the Grishaverse which is artfully captured in both the Grisha Trilogy and the Six of Crows saga. Bardugo intricately weaves together a world entrenched in high fantasy and action. And recently, Bardugo finished a companion piece to these wildly popular series’. “The Language of Thorns: Midnight Tales and Dangerous Magic” is a compilation of short stories written as fairy tales told in each of her mythic kingdoms. The short stories allow Bardugo to tread deeper into the Grishaverse without the pesky waiting around for the next book in the series problem. This wonderful little nugget of gold is a piece of art unto itself. Echoing the illuminated manuscripts of yore each story is accompanied by imagery that grows as the story grows. My favorite myth, “Amaya and the Thorn Word” follows the path of a young girl, Amaya, sent to calm the terrible beast (Freud could have a hey day with most fairy tales huh). Much in the same vein as “One Thousand and One Nights” (aka Arabian Nights) Amaya tells stories to save herself. The stories end up quelling the monsters rage and illuminates the underlying reality in the kingdom. It is phenomenal. And since a verbose character such as myself could never do a short story justice, I will leave you with a scrumptious little quote. Amaya reveals that “some people are born with a piece of night inside, and that hollow place can never be filled – not with all the good food or sunshine in the world. That emptiness cannot be banished, and so some days we wake with the feeling of the wind blowing through, and we must simply endure it as the boy did” (Bardugo, p. 22-23).