Why doesn’t Wonder Woman win the Oscar? By Dani Buehler 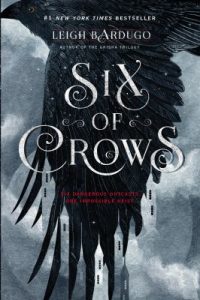 In movie land, it seems there are the cultured, witty, artistic films that tackle the big social issues of our day, the award winners, and then there are the good movies…haha (I couldn’t resist). No, but seriously, there are the blockbuster movies that everyone sees and loves and then award season comes around and they are nowhere to be seen. Instead, we hear praise for movies that we may have never heard of before. To be fair, the winners are usually tremendous films and I am not trying to detract from their worth. I am merely trying to recognize the often-overlooked merit in popular art.

The same tendency to omit the mainstream can also be seen in literature. We have the awarded books with prizes like Pulitzer and Man Booker in adult land and the likes of Newbery and Caldecott in kid land. Again, these are usually great books but are often not the most sought after or read titles. The reason this quandary is rolling around in my head is because of an interaction with a patron I recently had (and it’s award season). This patron divulged the that they were looking for a “good” book. And by good, they meant not another wild fantasy book (the genre they loved) but a book that had “substance.” To which I responded, “But fantasy books are good books.” Even if the social issues addressed are wrapped up in dragon scales or magical machines it doesn’t deter from a books substance. The equation popular equals rubbish cannot be supported. If a book makes you think, encourages empathy, presents a new idea, or shows you how to love how could it ever be anything but good. Just like Wonder Woman speaks to our shared experience as she seeks out justice with her Lasso of Truth (don’t we all wish we had one of those these days), “Harry Potter” resonates within our cultural psyche and shows us how to care for each other and stand for the good.

In honor of the good, the bad and the books we can’t get enough of I humbly offer up this list of fantastic fantasy, superlative suspense and alluring affairs to be awarded “The Good Bad” books. Beginning with, “A Tale for the Time Being” by Ruth Ozeki. This narrative plays with time and focuses on those individuals that reside just outside of the time we all agree upon. “The Jumbies” by Tracey Baptiste is a romping juvenile suspense full of Caribbean folklore and thrilling characters. The “Akata Witch” series by Nnedi Okorafor is full of fantasy few have yet to experience. Okorafor’s protagonist is an albino teen girl in West Africa where the belief that these individuals possess powers persists. Using this cultural reality, Okorafor creates a fantastic modern myth. The “Magnus Chase” series not only explores Celtic mythology but also offers a voice often under-represented in literature, a homeless protagonist. And lastly, but certainly not leastly, “Six of Crows” by Leigh Bardugo. Now, all I can say about this little nugget of gold is to think of it as “Ocean’s Eleven” meets “Game of Thrones”…oh yeah, it’s that good.

The Board of Directors meet on the third Thursday of each month at 1:30 p.m. in the Library’s upstairs meeting room.  Meetings are open to the public.
3:30 pm Teen Writers Group
Teen Writers Group
Jan 20 @ 3:30 pm – 4:30 pm
View Calendar