Haunted By Their Past By Nancy Sackett 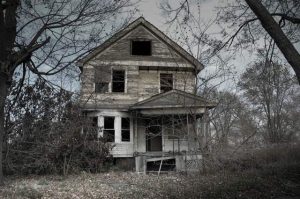 Things the books I read this summer had in common are mystery and suspense, with main characters who are isolated and haunted by their past.  The cause of the isolation differs, some are geographical or spiritual or even by fame or infamy.  Also, they were written by authors I hadn’t read before.  So many good authors, here is a list of the ones I enjoyed.

The Dry written by Jane Harper is set in the Australian outback during a drought.  Federal Police investigator Aaron Falk returns to his home town to attend a funeral of his childhood friend.  Twenty years before Falk and his father were ostracized and forced to leave because of suspicions cast on him about the death of another friend.  Are the two deaths connected?

Little Black Lies by Sharon Bolton is set on the Falkland Islands.  Catrin Quinn can trust no one because of an “accident” that killed her children.  Now someone else’s child has gone missing and everyone is looking at her.

Birdman by Mo Hayder is about Jack Caffery a police detective with a secret that makes him a good policeman but won’t let him find any peace.

Missing, Presumed by Susie Steiner features Detective Sergeant Manon Bradshaw who hasn’t got a clue about relationships but can really track down clues when someone is missing.

Restless Souls: The Sharon Tate Family’s Account of Stardom, the Manson Murders, and a Crusade for Justice by Alisa Statman is found in the 364.1 section of the library for true crime that often reads like fiction because they are unbelievable.  This is a fascinating story about Sharon Tate’s family.  If anyone remembers Sharon Tate it is only that she was murdered.  This book tells about three generations of her family and what they have had to do to keep her killers in prison.

Derailed by James Siegel is an easy quick read with lots of twists which was made into a movie.  If you have only seen the movie you have no idea what the story is really about.  It is about making good choices and what could happen if you don’t.

Don’t be haunted by your past.  Come into the library today and make some good choices and check them out.