Ahoy! by the Stereotypical Librarian 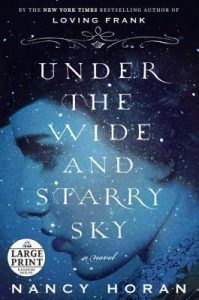 Get that book out of dry dock.  It is time to get back into the waves of fun that reading in the summer provides.  Play along with me, as I give you clues and you try to guess the title of the book.

Clue 2:  Buccaneers without oaths, this author had to invent cuss words for the pirates to say because he was writing for children.  Shiver my timbers being an example.

Clue 3:  Early titles for this book are “The Sea Cook”, or “The Mutiny of the Hispaniola”.

Well I think you have probably guessed it by now but the answer is “Treasure Island” written by Robert Louis Stevenson.  This one book for over 130 years has been inspiring mostly boys to sail off on adventures of their own making.  I know of two farm boys from the 1950’s who had never seen the ocean but flew their pirate flag from an unused wooden threshing machine over waves of grass.  They hid their treasures on an island that might look like a garden to you.  They drew their maps of how to find that treasure and hid those too from a nosy little sister.  So you can understand how this one story provides hundreds of hours of family fun.  This was even before it received the Disney treatment and was made into a movie.  And now Starz cable TV has produced an adult version prequel to “Treasure Island” called Black Sails starring Toby Stephens as Captain Flint.  Black Sails is not family fun it is an adult version but still you will enjoy reading the book again after watching the show.

Robert Louis Stevenson’s life was as adventure filled as the books he wrote.  You can read more about his surprising life in the book by Nancy Horan titled “Under the wide and starry sky”.  It tells the passionate story of Scottish born Stevenson and his American wife.

When last we got together I was rereading the “Winter of our Discontent” by John Steinbeck.  It’s about Ethan Hawley whose ancestors were ship-owners and captains who built the family fortune during the Revolution and the war of 1812.  Very patriotic and virtuous but to the British they were pirates, what they took they kept.  The fortune has long since been spent or lost but perhaps the pirate blood still flows in Ethan’s family line.  The book is set in the early 1960’s and really gives you a window into that time period.  Even though the times change people really don’t so the story is just as relevant to what is happening today even if it might be politically incorrect.  See what you think.

Piracy is not a victimless crime words to ponder.